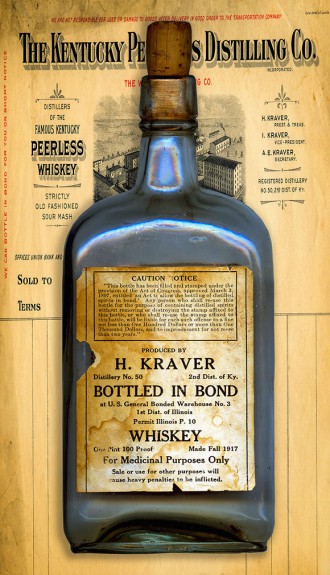 And while countless small distilleries opened and closed in the 19th and early 20th centuries, some families are finding that their distilling legacy is quite substantial. “When Peerless closed in 1917, it was the second-largest distillery in Kentucky,” says Carson Taylor. Around the turn of the 20th century, Kentucky Peerless was producing close to 200 barrels of whiskey per day; by 1913, production had risen to 10,000 barrels per year, and the distillery had nearly 50 employees. After stopping production for Prohibition, Peerless retained some lasting influence even through the dry years. “We were one of five distilleries to have a medicinal license during Prohibition,” he says.