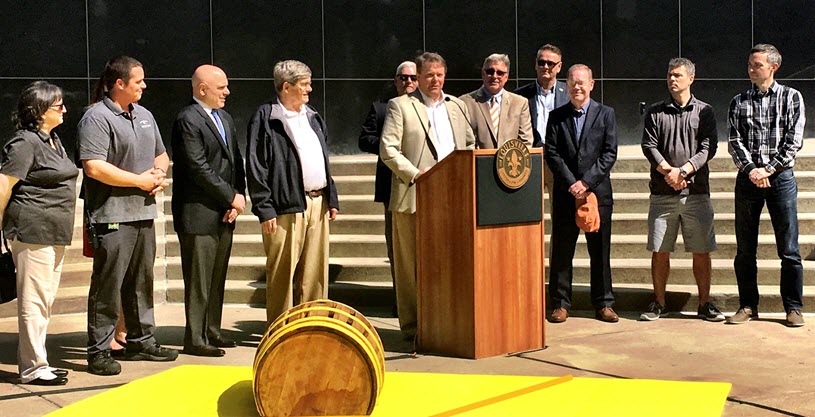 Rumor has it when Louisville’s Mayor Greg Fischer says the word, “Bourbonism” you are supposed to take a shot. If this folklore is true, there were several shots of bourbon consumed this week as the city of Louisville, Kentucky announced their latest initiative to support the state’s $8.5 billion economic distilled spirits engine with the new “Bourbon District.”