THE REVIVAL OF A LEGENDARY SPIRIT
Kentucky Peerless Distilling Company began in Henderson, Kentucky under the leadership of an entrepreneur named Henry Kraver in 1889. Due to World War I and Prohibition, the distillery was forced to close and ceased the production of its famous whiskey. In 2015, the family namesake was revived by Kraver’s great-grandson Corky Taylor and his son Carson Taylor, 4th and 5th generation, in Louisville, Kentucky. 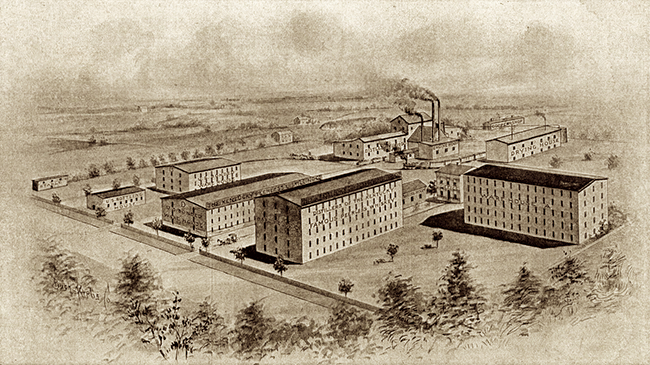 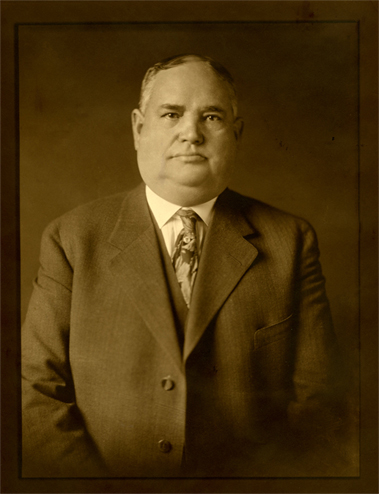 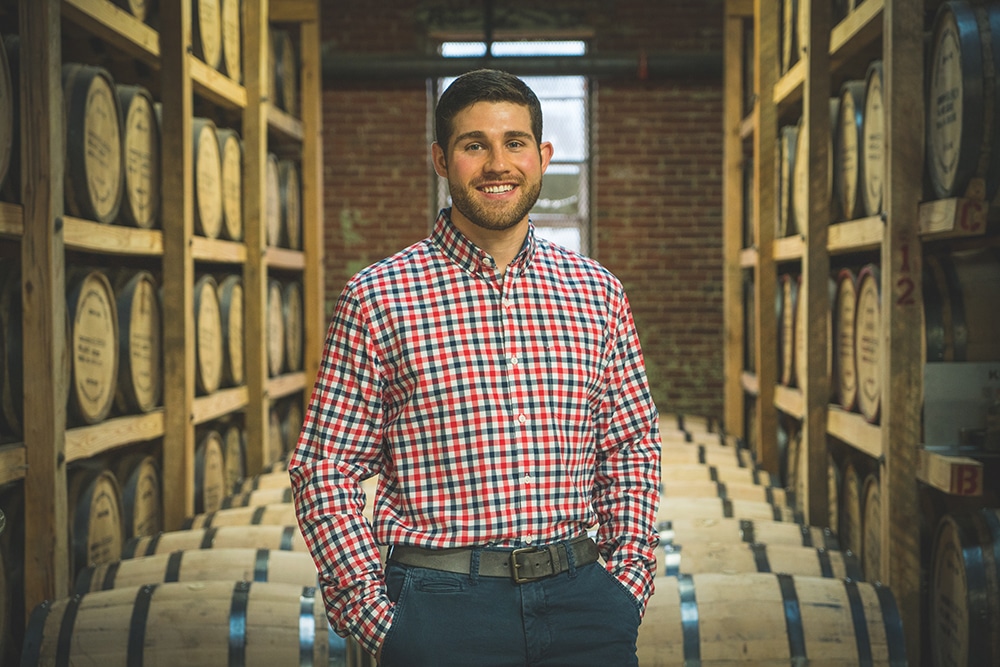 Master Distiller Caleb Kilburn created a special batch of bourbon using the highest quality grains to produce a spirit that upholds the Peerless legacy. Once the bourbon was distilled and proofed for barreling, we filled Bottle No. 1, which represents “new make” (or un-aged) bourbon. This clear spirit, having never touched an oak barrel, illustrates the first step of the journey to a carefully crafted and aged product.

The remaining bourbon was placed in six barrels, where the maturation process began. After six months, a barrel was taken down to create Bottle No. 2. The bourbon is poured straight from the barrel with only minimal screening to remove char. It will remain in its pristine and unaltered condition, perfectly capturing that moment in its aging.

This process was repeated at the one-year, two-year, three-year, four-year, and five-year mark; creating bottles No. 3, No. 4, No. 5, No. 6, and No. 7 respectively. Through the seven bottle series, you will observe the color of the bourbon change and the flavors become more distinguished.

Each bottle will be hand signed by Master Distiller Caleb Kilburn. The well-known barrel artist, Jason Cohen, has created a one-of-a-kind display rack that showcases this distinguished collection. This rack will be signed by Master Distiller Caleb Kilburn, CEO and Fourth Generation Corky Taylor, and Fifth Generation Carson Taylor. 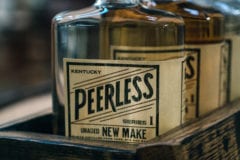 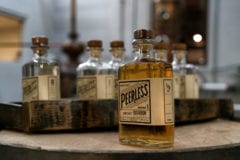 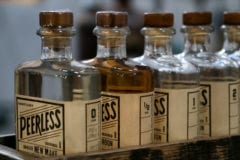 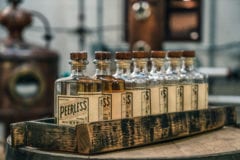 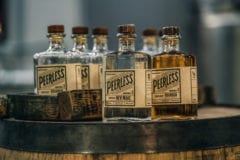 Due to the angel’s share, the amount of alcohol present in each barrel will decrease over the five year period. With this in mind, we will only be able to create 300 Series I Collections. They are available to you, our friends and patrons for $1,000.

We invite you to participate and witness firsthand the dedication Kentucky Peerless has in creating the highest quality bourbon worthy of our legendary namesake. Each of the seven bottles in Series I represents an experience that has been 98 years in the making. For bourbon enthusiasts, this is the most personal connection that you can have to Kentucky Peerless and a once-in-a-lifetime opportunity.

Federal law restricts alcohol shipment. Please inquire about shipping options below.
Your collection will be stored at Kentucky Peerless until you or someone you designate is able pick up in person.

If you are interested in purchasing a Kentucky Peerless Series I Collection please fill out the form below and a team member will get in-touch with you.