Peerless Kentucky Straight Rye Whiskey has been awarded Top 20 Whiskies in the world!
We are proud and humbled to have received this honor from such a distinguished whiskey publication. This award exemplifies the contributions, dedication and pride of every Peerless employee and supporting patron. Corky would like to extend personal gratitude for the continued support. 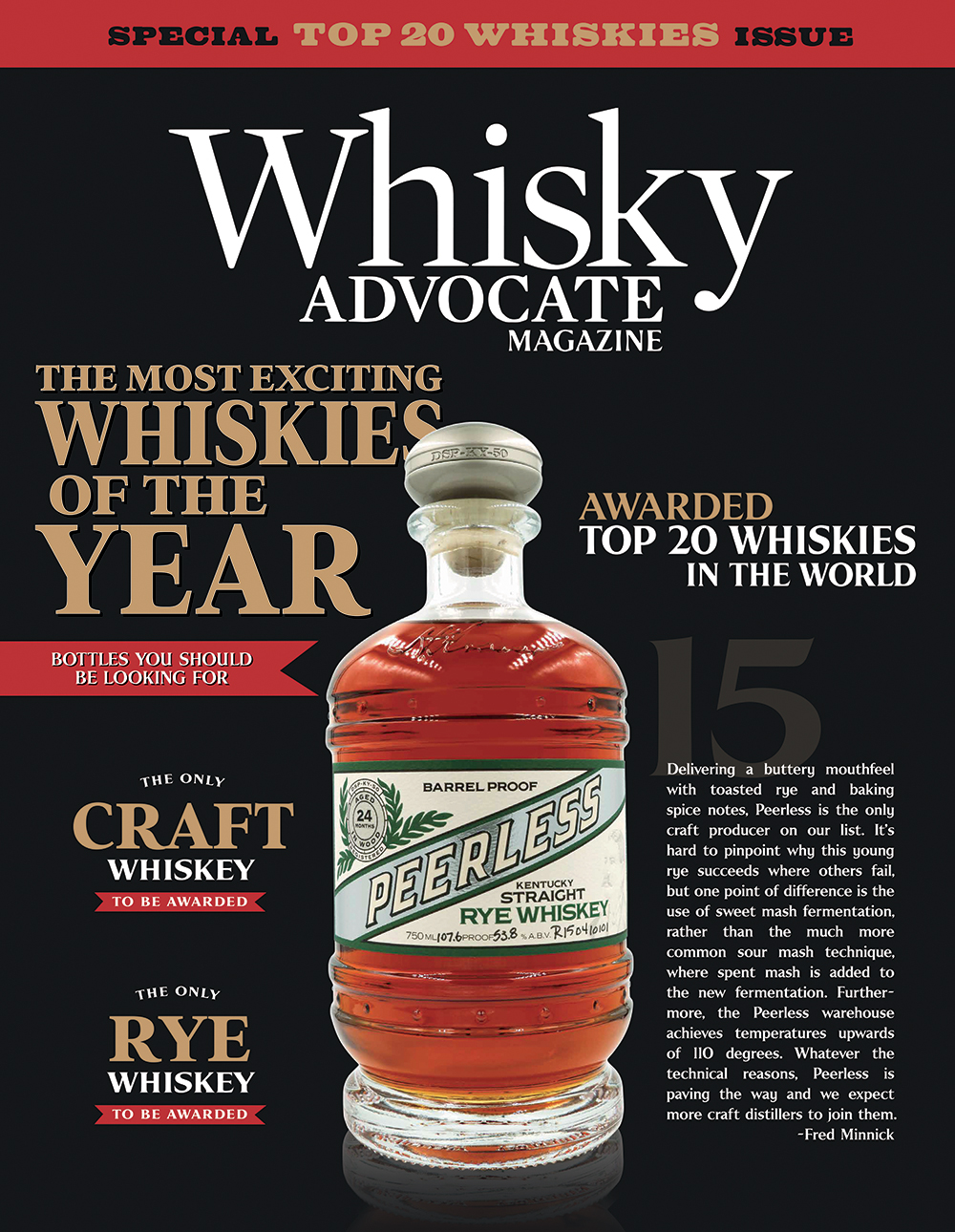 Delivering a buttery mouthfeel with toasted rye and baking spice notes, Peerless is the only craft producer on our list. It’s hard to pinpoint why this young rye succeeds where others fail, but one point of difference is the use of sweet mash fermentation, rather than the much more common sour mash technique, where spent mash is added to the new fermentation. Furthermore, the Peerless warehouse achieves temperatures upward of 110 degrees. Whatever the technical reasons, Peerless is paving the way and we expect more craft distillers to join them. —Fred Minnick 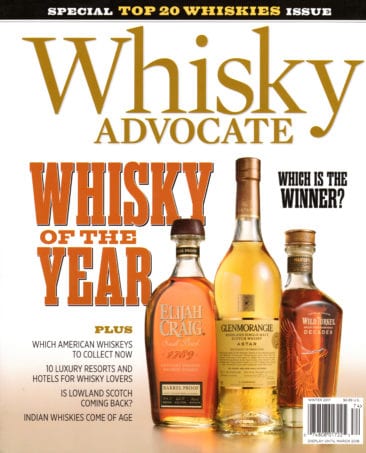 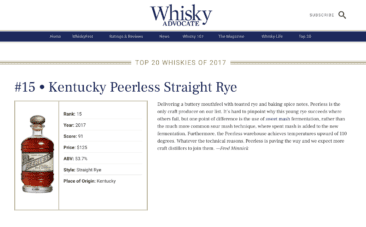 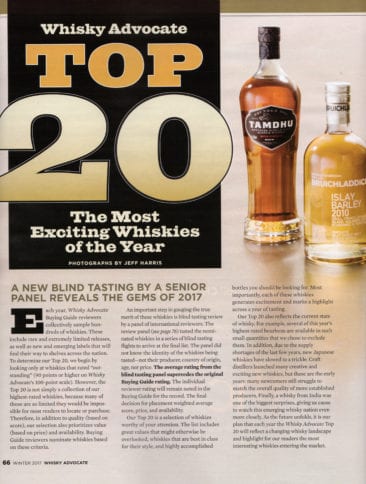 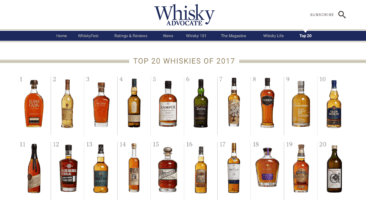 The exceptional Peerless Rye Whiskey flavor profiles speak for themselves.