Bourbon is booming. It’s about time, isn’t it? Being from Kentucky, the growing press and intense interest in our state’s greatest gift to the world seems almost like old news. This is part of the fiber of our bluegrass, the distinctive cloth of our home. And with this tradition of distillation comes a storied history, families who have built and passed the trade of making bourbon down generation after generation. Prohibition put an unfortunate end to all too many of these lineages; time heals all wounds however, and when something is in your blood, it takes far more than a ban on liquor to extinguish the flames of a family legacy. Such is the case with Corky and Carson Taylor, fourth and fifth generation members of the Peerless Distilling family.

Purchased in 1889 by Henry Karver, Carson’s Great-Great-Grandfather, Peerless Distilling was located in Henderson, Kentucky. Under his watch Peerless grew to produce over 10,000 barrels per year and would have likely continued to prosper if it weren’t for the war abroad and the war against liquor that befell our country in the early 1900’s. Carson and his father Corky made the determination to rebuild their family’s legacy in Louisville, selecting an old brick warehouse on the corner of 10th and Main Street as the new home for Peerless. I arrived for my tour of Peerless on a rainy day, driving straight over the great Ninth Street divide, thinking to myself how wonderful it is to see new businesses breaking down this invisible wall. Upon entry, the column still is the first thing I see, visible through a chain of windows, the still stretching tall to the ceiling beyond, a formidable tower of sleek copper crafted by Kentuckians on Kentucky soil at Vendome Copper and Brass.

Read Full Story
This entry was written by maggie_k, for Slow Food Bluegrass 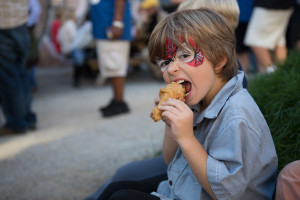 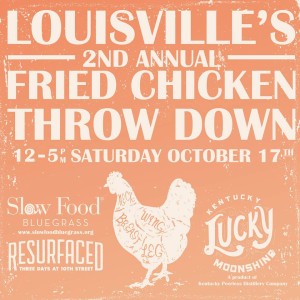