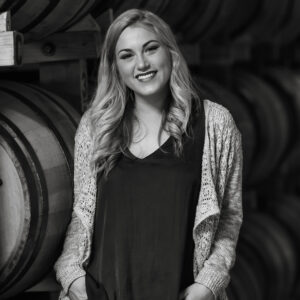 I got my start at Peerless Distillery in 2015 when Lucky Moonshine was first released. I was “Lucky” enough to get to be a part of one of the first photo shoots to promote the Moonshine. Apparently I could not get enough of the distillery because I was back a few weeks later to bartend at the soft opening! That night Carson offered me a job (even though I dropped two bottles of whiskey in front of him) and the rest is history!