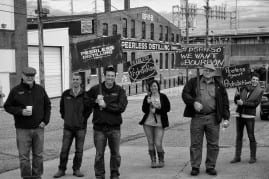 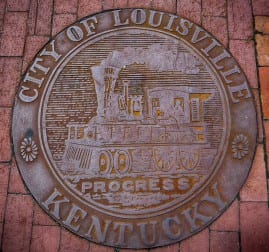 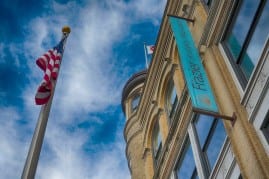 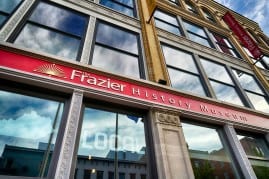 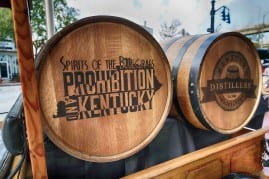 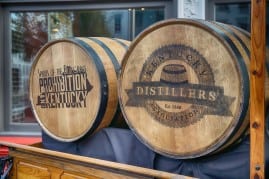 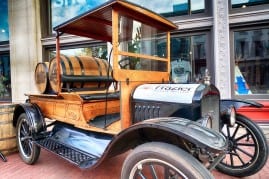 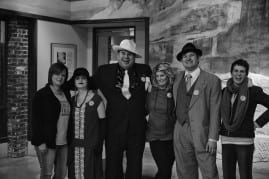 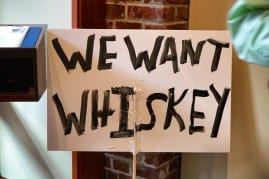 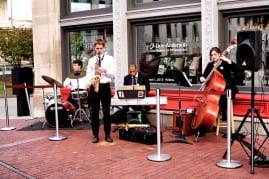 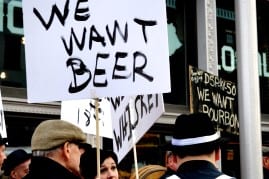 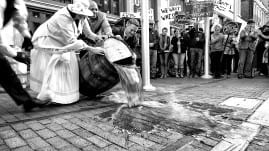 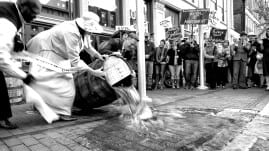 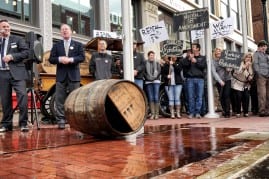 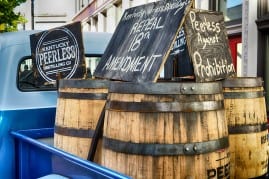 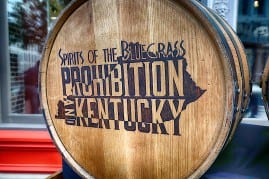 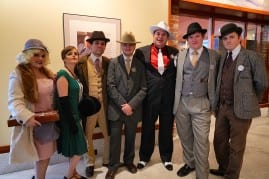 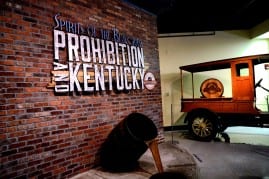 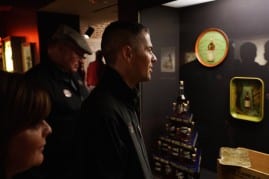 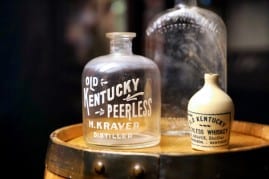 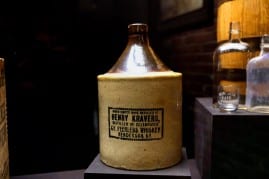 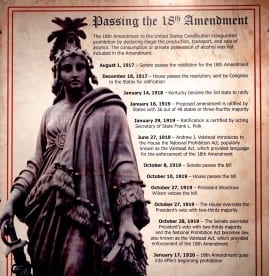 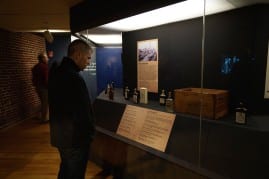 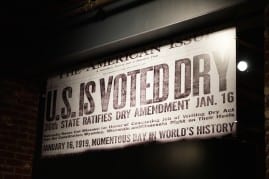 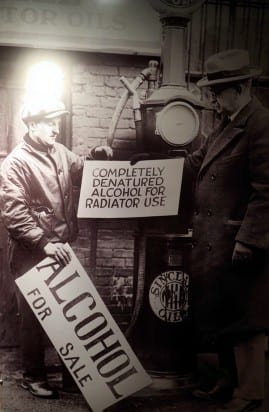 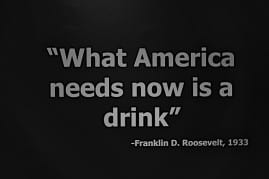 Spirits of the Bluegrass: Prohibition and Kentucky

With the crack of a hammer on a barrel top and a splash of golden amber “bourbon” hitting the ground, a new exhibit entitled Spirits of the Bluegrass: Prohibition and Kentucky opened today at the Frazier History Museum.

Instead of cutting the traditional ribbon, Frazier President & CEO Penny Peavler officially opened the exhibition by breaking open the top of a bourbon barrel and pouring its contents onto the sidewalk such as was done more than nine decades ago.  Brown-Forman Master Distiller Chris Morris and Louisville Metro Council President David Tandy helped in the handling of the barrel for the pour.

Kentucky Peerless Distilling Company participated in the event by playing the roles of activists protesting the Prohibition. We also have memorabilia of our rich family history displayed in the exhibit, including original jugs of Peerless Whiskey and our medicinal license used during the Prohibition.

Prohibition and Kentucky traces the rise of the temperance movement from 1920 through the repeal of the 18th Amendment in 1933, taking an in-depth look at America’s “Noble Experiment.” By examining the Volstead Act and its effect on crime, politics, and culture, Spirits of the Bluegrass brings prohibition to life. It shows how millions of otherwise law-abiding Americans chose to violate the national alcohol ban and details the vast, often violent, criminal industry that quickly sprang up to quench the country’s thirst for illegal booze.